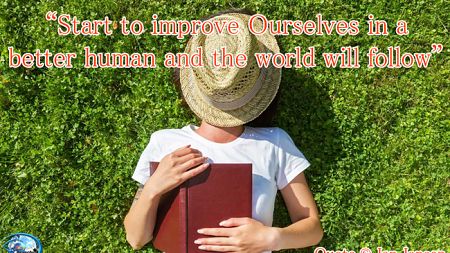 Beggarliness on the globe can be solved through solidarity

Beggarliness on the globe can be solved through solidarity


If every inhabitant on the planet who can afford to give a concession or contribution and others a little donation for poverty.
Than is it possible we can fight against it and after this will no more hooves to exist.
This is hard to believe, but there is more poverty than wealth on this planet, especially in some parts of the world.
But those who live in luxury so as billionaires would give a contribution to the hardships and others a small donation gives, this can be a possibility to solve it.
If anyone has a purpose to have equal rights and duties then it is also giving satisfaction to take action against poverty.
It should not be that the rich are ceaselessly encourage to be richer and the poor get poorer.
If the richer realise how fortunate them are, that they have the intelligence and happiness to be able to generate finances.
Or some at birth already received the luxuries where others only dream, because of their life situation wherein not all amenities present are.
Such as proper education and housing facilities for a carefree educational upbringing and growing up of children.
Several offspring are placed on the world while parents have almost no chance to reach something on the birthplace or resident ground on earth.
What prediction or perspectives for the future can be made be to a newborn baby for happiness in their adolescent youth.
Possess intelligence abilities and enthusiasm to achieve something, but it's inaccessible, because there are no possibilities or facilities so its inadequate for them.
So they have a chance-less in their doings by the many limitations caused by their environment.
Every year, multiply the money prophets like millionaires and billionaires in the world and still is there sorrow and poverty in the global.
There are world leaders who spend a lot of finances to war linings for dominance or equal to obtain, which killed many innocents.
This money was better spent on the fight against poverty to the one for provide a better life with their needs, that would be a leader with sensible and responsibility.
Or create peace which the population give more likely to have a better future. Warfare is a demolition breakdown or can somebody tell me what is improve after a war?
And of course there will be money disappear through corruption and misconduct.
But start with giving declarations of war by the abuse of power is still no improvement to our world, fighting we give over to stupid people.
Either for the economy, because defence spending are also not free of charge and is meaningless, in which many innocent civilians bear the brunt by getting high-risks in insecurity.
Fighting poverty will be a better solution and those who can afford to contribute to humanity, please give others a chance.
Let us be glad that we have affected lucky to be ended up on a good place and the choices were more easier as for most among us.
Applying improvements to the world there one person must start first, so it is a good advice to start first with ourselves and hope that others will follow.